On April 19, 2019 we began a new conversation about Irritable Bowel Syndrome. On that day, most people were not talking about Irritable Bowel Syndrome. But the numbers of patients spoke volumes about the urgent need for action. Thousands of people, including leading doctors, engaged in an open discussion about IBS, offering new ideas and hope for those who struggle, with more sufferers every year.

As a result, every region, large and small, are now seeing increased awareness from the #Let’sTalkIBS campaign including industry and corporations that are joining the cause.

Use the hashtag(s) #WorldIBSDay, or #LetsTalkIBS on all your social platforms. Use it once, use it often. Together we can raise awareness about Irritable Bowel Syndrome on World IBS Day.

On or before April 19th share a photo with you or someone else holding a placard that says:

What is your hope for IBS?

What are you grateful for? 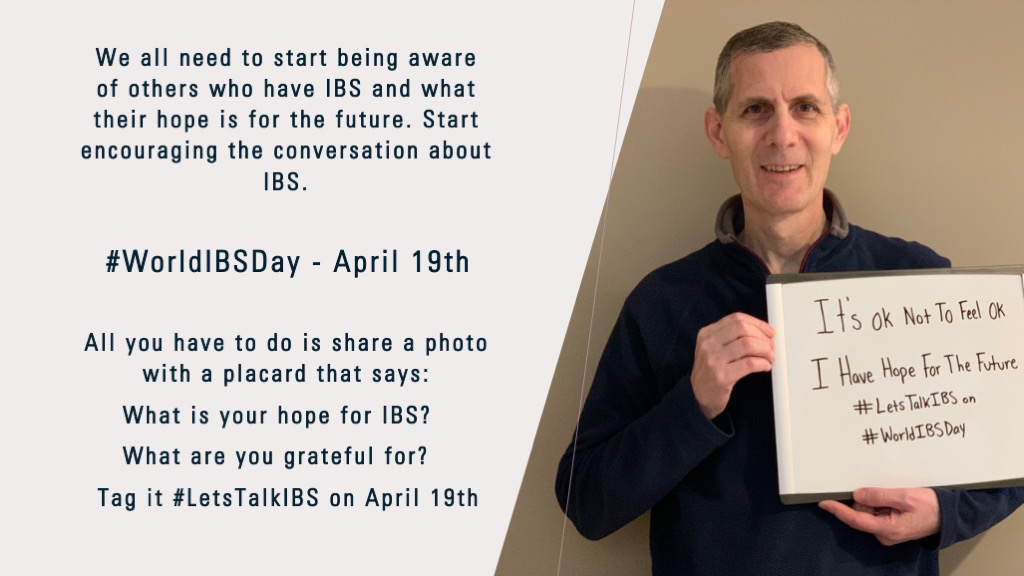